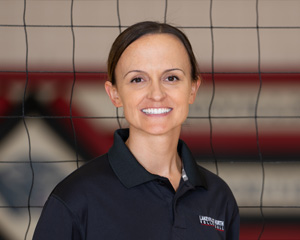 Lakeville North head coach Jackie Richter is in her eighth season at the helm of the Panther program, having taken the reins in 2014. Richter was named the Section 1AAA coach of the year in 2017, for the second consecutive season, before earning Class AAA state coach of the year honors for leading the Panthers to the state championship. Following a 21-10 season in 2016, the sixth 20-win season of her high school coaching career, Richter was named the Section 1AAA Coach of the Year. She earned her coaching license while attending the University of Minnesota and began her high school coaching career immediately after graduation, taking over at Minneapolis Southwest in 2004, where she posted a winning record in each of her 10 seasons, including five 20-win seasons, while compiling a record of 190-87. Richter then came to Lakeville North, which had won its second Class AAA state title in three years two seasons before her arrival but was beginning a rebuilding process. In 2008, she joined the Mizuno Northern Lights coaching staff. She led her teams to a pair of AAU national championships (2009, 2011) a national runner-up finish (2012), a Denver Crossroads Qualifier Championship (2011), two Northern Lights Qualifier championships (2015 and 2016) and the clubs only international championship (2012) in Falconara, Italy. A native of Rice Lake, Wis., Richter graduated from Minnesota, where she earned a bachelor of arts degree in French studies in 2004 and a master’s of education in kinesiology in 2006. 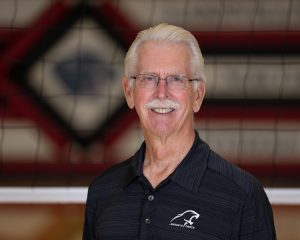 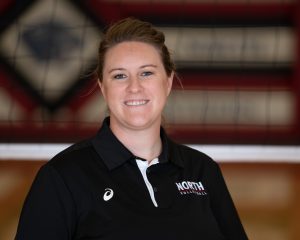 A 2008 graduate of Lakeville North, Taylor Hall is in her sixth season at her alma mater as a varsity assistant coach.

In addition to an outstanding playing career, she has coached the Lakeville North Juniors and the Mizuno Northern Lights volleyball clubs for a combined eight seasons, and has won two national championships.

Hall graduated from Concordia in 2012 with a major in criminal justice and a minor in political science. She is an Investigator/Senior Administrative Assistant in the Department of Community Corrections and Rehabilitation for Hennepin County, and with her husband, Ty, who played baseball at Concordia, have two children, Hudson, 4, and Hunter, 2. The family resides in Farmington, Minn. 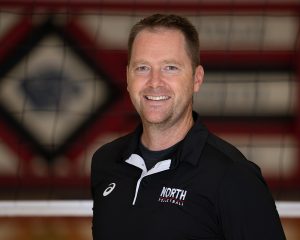 Dave Laufenburger is in his second season with the Lakeville North staff, taking on a new role as a varsity/JV assistant coach after leading the junior varsity squad last season.

He is no stranger to high school volleyball or the South Suburban Conference, having coached at all levels of high school, including three seasons as the head coach at Eastview.

His coaching career began in 1999 after graduating from the University of Wisconsin-Eau Claire, where he played club volleyball.

In his 21st year of teaching match, and fourth in ISD 194, Laufenburger and his wife, Kim, have lived in Lakeville for 19 years and have three children. 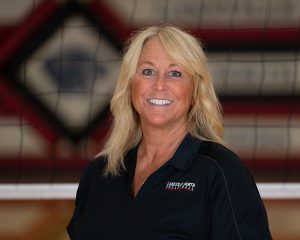 Bonnie graduated from Mayer Lutheran High School (where her team won the Class A State Volleyball Championship) and continued her volleyball career at Mankato State University. She graduated from Mankato State with a Master’s degree in Health Education, a Bachelor’s of Science in Physical Education and Minors in Developmental Adaptive PE and Coaching. She taught Physical Education and was the Varsity head coach at Mayer Lutheran High School from ’89-’94. During that time she also started the High Voltage junior program. From ’94 until today she has been coaching at Lakeville schools. She has coached juniors since 1990 and this is her 12th season as a head coach for Mizuno Northern Lights (currently at 13-1s). She is married with two daughters-Sarah and Anna who both live in AZ. She has been a PE teacher for the past 33 years and currently works at KTMS teaching 6th and 7th grade PE. This will be Bonnie’s fourth season with the LNVB program. 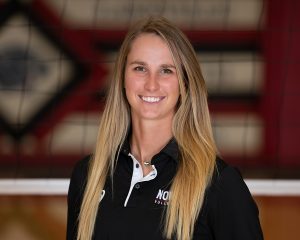 Sydney grew up in Apple Valley (MN) and graduated from Eastview High School in 2016. She played volleyball and Softball at Eastview and continued her volleyball career at Missouri Southern State University.

While attending MSSU, she received her Bachelors of Science in Health Promotion and Wellness with a Minor in Psychology and a Coaching Certificate.

Sydney has been coaching for seven years in a variety of sports and different atmospheres.
Currently, she coaches club volleyball and club baseball. She runs camps and gives lessons in baseball, softball and volleyball.
Sydney is a Rehab Specialist at Shift Chiropractic and a Youth Instructor for the Minnesota Twins.
In her free time, Sydney enjoys spending time with friends and family. 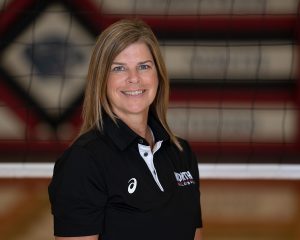 Alison has been coaching volleyball at various levels for over 20 years. She has experience coaching Junior Volleyball in New Prague, Lakeville, and Northern Lights, where she has been serving as a head or assistant coach for the past 9 years. Alison also coached at Lakeville South High School, as the 9A and 10A coach in 2014 and 2015 respectively.

Alison grew up in northern Minnesota and was a three-sport athlete, participating in volleyball, basketball and track. She chose to continue her athletic career in basketball at the College of St. Scholastica.

Alison and her husband Brent live in Lakeville. They have a blended family consisting of 6 children (ages 19-29), a son-in-law and two dogs. Brent also coaches at Lakeville North as a Varsity Baseball Assistant. Alison works for New York Life Insurance Company as a National Account Executive. 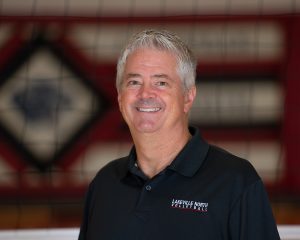 After a four-year hiatus from the Lakeville North staff (2014-17), Brett Johnson is back for his second season as the program’s 9B coach.

He also coached at Minnetonka High School in 1994 and 1995 and is a co-head coach for the Panthers boys’ club team.

A graduate of Robbinsdale Cooper High School, Johnson earned a bachelor of science degree in business and accounting from the University of Minnesota in 1988.

His interest in volleyball began while playing intramurals at Minnesota when he played in Korea and watched the 1988 Olympic team win a gold medal.

Outside volleyball, Johnson is a senior realtor for Edina Realty.